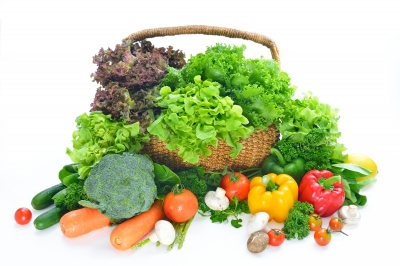 More doctors are writing prescriptions for a proven weight-loss treatment with no negative side effects — fresh vegetables and fruits.

The initiative, known as the Fruit and Vegetable Prescription Program, was started by the Connecticut-based nonprofit Wholesome Wave in 2010. The organization aims to improve access and affordability of fresh, locally grown produce to underserved communities.

The program targets overweight and obese children and pregnant women. It requires that they use physician prescriptions that are redeemable for produce at a local farmer’s market.

On July 24, New York announced it is implementing the program at Lincoln Medical Center in the Bronx and Harlem Hospital Center in Manhattan. It’s the first time the program will be available at a major hospital system, according to Wholesome Wave. The program also is being used at clinics in Maine, Massachusetts, New Mexico, Rhode Island and Washington, D.C.

The program “is a creative approach that … will enable at-risk patients to visit any of our 142 farmers markets and purchase the fruits and vegetables that will help them stay healthy,” said New York City Health Commissioner Thomas Farley, MD, MPH.

By focusing on children and pregnant women, the entire family’s eating habits and resulting health will improve, said Boston pediatrician Shikha Anand, MD, MPH. She is the co-founder and medical director of the Fruit and Vegetable Prescription Program.

“The goal is to target families using a life course approach,” Dr. Anand said. “Our thought is that pregnancy and parenthood are times families might be restructuring eating patterns and thinking of the connection between food and health.”

Some health experts, however, question the program’s effectiveness, due in part to its short duration (four to six months a year), its dependence on regular patient follow-up visits and its sole focus on eating healthy food.

“It’s absolutely true that Americans don’t eat enough fruits and vegetables. So any effort … to really promote fresh produce is a positive thing,” said Marlene B. Schwartz, PhD, director of the Rudd Center for Food Policy and Obesity at Yale University in New Haven, Conn. But “I don’t know that focusing just on increasing fruits and vegetables is going to be enough to decrease body weight.”

She said there is a common misconception by the public that if you eat more nutritious food, you automatically will consume less-processed products. That’s often not the case, Schwartz said.

She recommends that when physicians talk to patients about healthy eating, they stress that the individual reduce consumption of processed foods and sugary beverages.

Recent data show that improvements are beginning to be seen in the nation’s fight against obesity. For instance, 19 states and U.S. territories reported decreases in obesity among low-income preschoolers in 2011, the Centers for Disease Control and Prevention said.

For adults, obesity rates appear to be holding steady after decades of increasing, according to a report issued Aug. 15 by the Trust for America’s Health and the Robert Wood Johnson Foundation.

Despite those improvements, medical experts say obesity rates among adults and children remain too high. More than a third of adults and 17% of youths age 2 to 19 are considered obese, according to the CDC. Researchers are projecting a dramatic increase in adult obesity and related health care costs by 2030 if the trend continues.

“We must continue to strengthen and expand proven strategies that help our children live healthier lives by avoiding obesity in the first place,” said Janet L. Collins, PhD, director of the CDC’s Division of Nutrition, Physical Activity and Obesity.

Dr. Anand anticipates that the fruit and vegetable program could be one such strategy.

Prescription for fruits and vegetables

When a primary care doctor enrolls a patient in the program, an appointment is scheduled for the patient to meet with the physician and a nutritionist. During that visit, the doctor gives the patient a prescription for fruits and vegetables that is equal to $1 a day for produce for the patient and each family member. That means a family of four would receive $28 per week to spend on fruits and vegetables at an area farmer’s market, Dr. Anand said.

Patients can get the prescriptions weekly from their physician’s office during the program. They return to see their doctor and a nutritionist once a month to discuss their health and set new goals for nutritious eating. Most of the program is funded through grants, Dr. Anand said.

Physicians who are interested in participating can contact Wholesome Wave and try to identify a local farmer’s market with whom they could partner, she said.

The program is effective, said Wholesome Wave. Fifty-five percent of patients in the program in 2012 reported increasing their fruit and vegetable consumption, and 38% of children decreased their body mass index, the organization said.

Shopping behaviors also seemed to change — 53% of families in the program report going to their local farmer’s market at least eight times during the 2012 season.

Despite those improvements, some health experts question how the program realistically can be implemented in primary care. Among the challenges many physicians face is limited time during office visits and lack of coverage for discussions on nutrition and weight loss counseling, they said.

Although Medicare covers a series of primary care visits for obesity counseling among patients with a body mass index of 30 kg/m2 or greater, such appointments are not covered by most private insurance companies.

Schwartz said physicians might feel overwhelmed by the program requirement that they reach out to local farmer’s markets. But, she added, for doctors who have the time and interest, the initiative probably will have a significant impact on patients.

“For doctors to be able to tell patients … ‘I’ve been to the farmer’s market. They’re really nice,’ there’s something to that,” Schwartz said. “It would feel like the patient is getting personal and practical advice and not this abstract message, ‘Eat more fruit.’ ”

American Medical News not only kept physicians informed, it also kept other health care professionals and the health community informed of relevant health issues. Health in 30® has been granted permission by the American Medical Association to use its existing content on the Healthin30.com site.