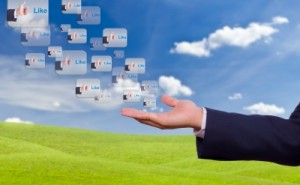 In a recent Harvard Business Review Blog, David Armano writes about the six pillars of influence that leads to measurably favorable outcomes.

To achieve measurably better health, the pillars Armano explains can certainly be adopted.

He notes how the “social web can amplify signals, influence behavior and lead to action.”

Social networking has changed the landscape in health care.  Technology has paved the way for instant communication and feedback.

While some companies continue to question the value of social media networking, debating whether or not they should be on Twitter or Facebook, others have superseded the hesitation, and are presently into the next phase of social networking.

The companies who currently have delved into the social media networking space can find their customers are already there, sharing their health concerns, supporting one another, and seeking better health outcomes.  They can interact with them in real-time, and monitor behavior and trends.  According to Deloitte, “Social networks hold considerable potential value for health care organizations because they can be used to reach stakeholders, aggregate information and leverage collaboration.”

Facebook, Twitter and Google plus are only a few of the social networking platforms utilized, and the millions of individuals who use it have the capability to spread information like wild fire.  They can reach and influence others in their social circles at lightning speed.

Within the circles of social networking, trust and relationships are formed.  Individuals can take an active role in promoting health and wellness.  Social influence develops based on the trust within the circles of the social network.  Family and friends can help inspire and motivate each other.  They can also hold others within their circles accountable for their actions.  People with influence and trust can help others achieve their health goals.

In a meeting summary from the National Institutes of Health on the Science of Behavior Change, it concluded that:

“The science of behavior change has long suffered from fragmentation along scientific and topical boundaries…Yet because unhealthy behaviors cause so much morbidity and mortality, the status quo cannot prevail. There is, however, renewed hope that the NIH can facilitate progress by supporting research on basic mechanisms of behavior change and by fostering transdisciplinary efforts spanning Institutes, Centers, and levels of analysis.”  NIH SOBC Meeting, June 15-16, 2009 Meeting Summary

As stated above by the National Institutes of Health, “the status quo cannot prevail.”  Moving to the next level which incorporates utilizing the powerful social networking platform that harbors powerful social influence may be an answer to help foster healthy living.

Engaging with a powerful and influential supportive community of family and friends in the social circles, and having health experts offer action plans with inspiration and motivation to better manage chronic conditions and to improve overall well-being; individuals can be guided to better health efficacy.

A future post will reveal how telehealth companies are going beyond the standard social media networking and tapping into the power of social influence.

We would love to hear from you. How do you influence your friends and family within your social networking circles?