This is a guest post by patient caregiver, Rob Harris, founder of Robcares.   He writes about how searching the Internet led to patient engagement and how it fostered a cohesive decision making process between health care providers, patient and caregiver.  Rob is a caregiver to his wife, Cindy, who is a two-time cancer survivor. 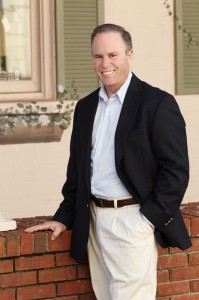 “Patient engagement is more than patient satisfaction. It is patient involvement in every aspect…The patient engagement process consisted of my wife (the patient), myself (the caregiver) and our medical team. All worked hand-in-hand throughout. Rather than telling us what we would have to do, they explained our options.” -Rob Harris

So much has changed since 1990 when I first enlisted to be the primary caregiver to my wife.

I can personally attest that a different mindset has engulfed the medical universe.

As a “baby-boomer”, my parents raised me well. I learned to respect authority and my elders. I did not question those in charge. My parents, considered to be members of the “traditionalist” age group, grew up during the World War II era, when the military was not quite worshiped, but certainly revered. Amongst their populations, authority was never to be questioned.  Doing so would label the one doing so as a malcontent.

As a caregiver and a person in 1990, I believed in treating everyone with respect, which I still adhere to today. In 1990, I rarely, if ever questioned someone in authority. To me, those in the medical community stood side-by-side with our country’s political and spiritual leaders, military officers, and corporate executives.

The result? I did what I was told and did not question decisions made by those in charge. In other words, if I didn’t like what I was told, I learned to live with it.

Today’s generations grew up with computers, where vast amounts of knowledge are but a keystroke or two away. Hence, if they did not believe what they were told, they could go online and conduct research to determine the validity or legitimacy of the issue at hand. This next wave of professionals, we find, adheres to the philosophy, “Your title doesn’t impress me. Your knowledge and abilities are what will convince me to believe and follow you. If I don’t like what you have to say, I’m going to contradict you or, I’m going to check out and go elsewhere.”

Are they being disrespectful?

Not as far as I’m concerned. What they are being is “confident” and “independent thinkers.”

I admire them for this. In fact, society in general has been trending in this direction for quite some time.

And thus, in 2006, when my wife discovered she was about to battle a much deadlier form of cancer, and my role as a caregiver would be dramatically more involved than my initial experience, I immediately anointed myself an “honorary Gen X’er.” My acceptance of a medical dictatorship was gone. A very different culture exists, and I was ready to be a part of it….well, an older and wiser part, anyway.

In 2006, my wife was told she had a very rare and deadly form of cancer, one with a cure rate of less than 30 percent. Additionally, in order to survive over the upcoming few months she had left to live, she would need to have her leg amputated as soon as possible. In 1990, we would have listened and not questioned the orthopedic oncologist who spoke those words to us. However, in 2006, with computers and the Internet readily available, we became healthcare consumers. We decided to shop around for a better deal, a better prognosis and hopefully, a much better outcome.

After traveling across country to interview oncologists and orthopedic oncologists/surgeons, we selected the third set of doctors that met with us. We discovered them on the Internet, where we learned they specialized in my wife’s form of cancer.

Once treatment began, we continued to research and learn all we could about her illness and treatment options. We also wanted to make sure we were being treated properly. Once we grasped what that entailed, we insisted upon it from that moment on.

Fortunately, we didn’t have to do so very often. The doctors, nurses and other medical providers at our hospital of choice, the Moffitt Cancer Center in Tampa, FL, were fully engaged in that philosophy…well, for the most part, anyway. In 2006, family caregivers were still lacking the respect and recognition they deserved, not unlike what may be the case within many health care establishments today. Fortunately, we were able to overcome that hurdle after several strategic and calculated moves on our part and some open-mindedness on theirs.

What we evolved into was a “triad.” The patient engagement process consisted of my wife (the patient), myself (the caregiver) and our medical team. All worked hand-in-hand throughout. Rather than telling us what we would have to do, they explained our options. It was as cohesive a decision making process as it could possibly be. We actually felt they treated us with the same care and attention they would have shown to their own family members.

Was this a legitimate emotional attachment?

It is the real deal!

Today, six years later, we are still friends with many of the doctors, nurses, pharmacists and others that we interacted with at Moffitt.

Patient engagement is more than patient satisfaction. It is patient involvement in every aspect of their care, including the research conducted to determine the proper course of action to be taken, to the meals their served, and even the gowns they are “made to wear.” As a case in point: my wife refused to wear those hideous green gowns with the air vents in the back. She always brought and was never denied the opportunity to wear pajamas.

Rather than feeling as if we were not important and a non-factor in the decision-making process, we felt completely engaged throughout And that, we believe, contributed to my wife being cured of cancer.

My name is Rob Harris. I am a caregiver to my wife, Cindy, who is a two-time cancer survivor. Presently, she continues to experience challenges with a leg amputation that has forced her to remain wheelchair-enabled. I am an author of two books, the first to be released this summer, 2012, called We’re In This Together, A Caregiver’s Story. The second is in production. My passion is to help fellow caregivers, patients and members of the medical community bond as a team. I also blog, speak to groups and coach individual caregivers via my website, Robcares.

Are you a caregiver?  What tips do you have as a caregiver?  How important is patient engagement? Share your story with us in the comment section below.

As always, thank you for your valuable time.