A Guest Blog by Matthew Holt 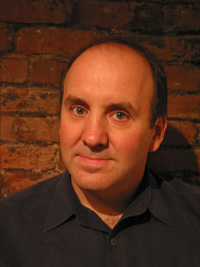 Writing in his blog in the NY Times, Uwe Reinhardt sets out three overreaching goals of health reform:

All other goals are subordinate to these three overarching goals, as are the means to reach   them. Last week I posted a very similar “Two rules by which to judge a health reform bill”.

Rule 2 A health care reform bill needs to limit the amount of GDP that is going to health care to its current level, with an overall aim of reducing the share of health care going to GDP.

Uwe is a touch more eloquent in his goals 1 and 2 which split apart my Rule 1, and he’s a touch less aggressive in his goal 3, which is my Rule 2. But other than that these are the same. Unfortunately in his column of the previous week Uwe created a list of 8 (but it could have been 20) completely contradictory statements about the completely “confused state” of what Americans seem to demand from health reform. And right now the confusion seems to be winning. Will we get nothing out of reform? I spotted something very sensible from Len Nichols over at New America Foundation’s relatively new “The New Health Dialogue’s Blog”. (Incidentally how long before Len and friends are sued for trademark violation by Health Dialogue? :)) Here’s what Len says about the public option, and this is the likely compromise-if the insurance industry is really prepared to take it.

To be clear, I support a public plan operating on a level playing field because it provides Americans who distrust private insurance another choice and establishes a benchmark competitor much needed in some markets that lack any true competition.  However, I also believe that properly reformed markets, generous subsidies, and a credible threat of a public plan if premiums are unsatisfactory in the first year could make insurance markets work very well for all Americans. This option is far superior than doing nothing. The debate over a public health     insurance plan should not stand in the way of reform.

Which tells you that the major backers of the public option will trade it for the correct set of insurance regulations. So we could get to a real compromise, albeit on comparatively minor reforms, as I’ve said before. But if the crazies at the Town Halls and the continued inability of the Democrats to explain how what they’re proposing is going to work continues, then I suspect Uwe’s “confused” rules will overcome his laudable overarching goals. (Originally published on August 8, 2009 on thehealthcareblog and reprinted with permission by Matthew Holt). About the Author: Matthew Holt, a Health Care Strategist has spent more than 15 years in health care as a researcher, generalist forecaster, and strategist. Matthew has learned from some of the best at renowned forecasting and survey research organizations. He’s conducted in-depth studies about many aspects of health care for public release and private clients. Matthew is a well-regarded, amusing presenter, and has delivered several keynote addresses. But these days Matthew is best known as the founder (and now occasional) author of The Health Care Blog, which is one of the best read blogs in health care.  His other day job is as the Co-Founder (with Indu Subaiya) of the Health2.0 Conference, and Matthew is also a Founding Principal of the associated consulting firm Health 2.0 Advisors.