In this blog I strive to help you understand the dreaded “FLU” virus and explain why getting the “FLU SHOT” is the right thing to do, both for yourself and your community.

Influenza virus is responsible for more than 36,000 deaths in the United States each year. Most of these deaths occur in the very young and the very old.

The reason for this bimodal distribution are infants‘ immune system, and the faltering immune systems of the elderly. The way FLU typically causes death is by terrorizing the mucosal linings of the respiratory tract (nose, mouth, throat, lungs) and allowing bacteria to take hold causing pneumonia and respiratory failure.

Influenza is a virus, meaning that it is not living, but capable of invading our cells and taking over, creating powerhouse factories of replication and further infection. Viruses are tiny, thousand of times smaller than bacteria. They are not treatable with antibiotics, and are highly contagious. With negligent hand washing, sniffling, sneezing, and coughing the influenza virus is everywhere during FLU season. Those of us who have had the FLU and are lucky enough to survive it, know it is not a fun experience.

The symptoms are painful, with high fevers, achy bones, headaches, and a myriad of other badness. So what if I were to tell you there is something available to reduce your chances of getting it? And if by doing so, you would also help prevent babies and old people from dying? Sounds like the responsible thing to do right? Then why on Earth are people not getting their FLU shot???  My thought process is that people are either 1) incredibly selfish, 2) lazy, or 3) they don’t understand how the FLU and the FLU shot works.

I’ll resist getting angry about the first two possibilities, realizing that no one in America could possess these qualities, and instead will focus on trying to explain how the influenza vaccination shot works. 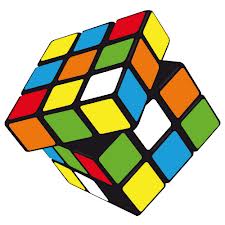 I want you to picture the FLU virus as being carried inside a RUBIK’s CUBE. As the FLU is transmitted from person to person the external portion of it’s carrying capsule changes in formation and consistency, similar to the juxtaposition of color combinations on a RUBIK’s CUBE.

A person’s immune system works to seek and destroy RUBIK’s CUBEs (FLU virus particles), but it needs to know the correct combination of colors to target. That is what the FLU shot does. It primes the immune system by showing it the most predicted color configuration structure of last year’s virus, allowing the body to get a head start in it’s ability to identify and quickly destroy the FLU before it sets up roots in the respiratory tract and causes damage. By quickly neutralizing FLU virus particles that are getting sneezed everywhere during FLU season we prevent further production factories (infected people) from spreading even more FLU. In doing so, the patient does not get flu AND there is less FLU out there to infect vulnerable age-groups that may die from FLU.

Now I want to share some popular FLU season statements and debunk them:

First of all, most of the time people think they have the FLU, they actually have the common cold virus. Once you have the FLU, you will never forget it. It packs a punch! So, when I hear this statement it makes me think that a person didn’t really have the FLU, otherwise they’d be begging to get the FLU shot. Secondly, a vaccine is never 100% effective. The yearly FLU vaccine is formulated based on best prediction of the capsule configuration (think RUBIK’s CUBE) and the effectiveness can vary from 40% to 80% solely because the FLU virus is constantly mutating. The year’s FLU shot is effective in about 2/3 of cases. I’ll let you make the realization that 2 out of 3 people being protected is better than none at all.

2. “I feel like crap after I get the FLU shot, so I am not getting it this year.”

If you want to feel like even more crap, then go right ahead with your plan. The real FLU is going to hurt a lot worse. The truth is that many people do experience a period of feeling crummy after getting the FLU shot. This is the body responding to the RUBIK’s CUBE predictor copy in the FLU shot priming the body’s immune system to fight off any actual FLU that comes its way. So embrace the little bit of crummy feeling, knowing that your body’s immune system is lining up its army of RUBIK’s CUBE killers.

I hope this helps you to visually understand the FLU and FLU SHOT dynamic.

Be a responsible citizen, save lives, get your FLU SHOT. 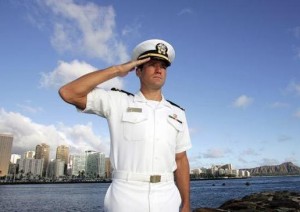 Dr. Baldwin is Senior Medical Officer on the Amphibious Assault Ship, USS Makin Island.  Previously, Baldwin served as a spokesperson for Navy medicine at the Navy’s Bureau of Medicine and Surgery in Washington, D.C. where he also assisted the U.S. Surgeon General with Healthy-Youth-for-a-Healthy-Future.  Baldwin is an advocate for the First Lady’s Let’s Move Campaign and serves as Ambassador for ING Run-for-Something-Better program targeting childhood obesity and ReFuel with Chocolate Milk campaign.

Baldwin completed his internship in General Surgery before being deployed to the Philippines, Thailand, Laos, Singapore, Cambodia, and the Republic of Palau as an Undersea Medical Officer on diving, recovery and humanitarian missions. Dr. Baldwin has been honored on Washington D.C.’s Most Influential People under 40 list and Outside Magazine’s Top 100 Influential People of the World list for his humanitarian work treating over 600 Laotians in remote villages.

Baldwin completed his first triathlon in 2001 with Team-in-Training, combining sport and charity for the first time, and finished atop the podium. In 2002 Baldwin completed the Ironman Triathlon World Championships, is now an eight-time Ironman finisher, was named to the All-Navy Triathlon Team five times, is a three-time U.S.A. Triathlon All-American, and competed internationally in numerous Ironman events.