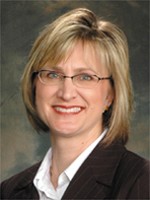 Tune in on Friday, October 5th from 5:30 p.m. to 6:00 p.m. EST, Kimberly McCleary, President and CEO The CFIDS Association of America will join Barbara Ficarra, Host/Executive Producer of Health in 30™ Radio Show to talk about Chronic Fatigue Syndrome (CFS). CFS is a serious medical condition that can easily be overlooked because it mimics so many other disorders. According to the Centers for Disease Control (CDC) at least one million Americans suffer with CFS, yet only 20% have been diagnosed.

Kimberly McCleary is president and CEO of the CFIDS Association of America, the oldest and largest organization dedicated to the CFS research, advocacy and education. McCleary is a national player in the field of CFS, having worked directly with CDC Director Julie Gerberding, Assistant Secretary for Health John Agwunobi, Senators Ted Kennedy and Harry Reid, and many other national figures on CFS initiatives.

Since 1991 McCleary has led the CFIDS Association of America’s education, public policy and research programs, which seek to bring an end to CFS and the suffering it causes. She is a well-known advocate for CFS and frequently travels to Capitol Hill, the National Institutes of Health (NIH), the Centers for Disease Control and Prevention (CDC) and other government agencies to build alliances for CFS research, funding allocations and public policy changes. She has worked closely with the CDC to build internal support and define priorities for its CFS research program and has developed and managed CDC-sponsored activities to educate health care professionals and the public about CFS.

McCleary also worked closely with the Social Security Administration to develop a policy ruling identifying CFS as a potentially disabling condition, making it easier for disabled CFS patients to gain access to federal disability benefits. McCleary has also served on the Department of Health and Human Services CFS Coordinating Committee from 1996 until 2001.

For more info go to www.cfids.org.