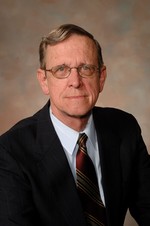 Tune in on Friday, June 20th, James James, MD joins Barbara Ficarra live on the Health in 30 Radio Show from 5:30 p.m. to 6:00 p.m. EDT. If you’re in the New York listening area – Rockland County, NY, set your dial to WRCR AM 1300 Radio Rockland or go online to listen live. Go to Healthin30.com and click the WRCR logo and click listen live!

James J. James, MD, DrPH, MHA, is Director of the American Medical Association (AMA) Center for Public Health Preparedness and Disaster Response, and Editor-in-Chief, Disaster Medicine and Public Health Preparedness, a peer reviewed, MEDLINE indexed publication of the American Medical Association. The center is a relatively new undertaking for the AMA and underscores that organization’s commitment to supporting practicing physicians in their expanded roles and obligations under national health security. In less than five years, this Center has received over $3 million in grant funding, has overseen the development and deployment of the National Disaster Life Support suite of courses and has expanded to 10 personnel.

Dr. James brings over 30 years of experience in the public and private health care sectors-as a clinician, researcher, professional personnel manager and program director-to this challenging and critical undertaking. He is board certified in general preventive medicine, earned a doctorate in medicine at the Cincinnati College of Medicine, a doctorate in public health from UCLA’s School of Public Health, and a masters in health care administration from Baylor University. Dr. James served 26 years with the U.S. Army Medical Department, serving in a multitude of capacities. His last assignment was as the Commanding General of William Beaumont Army Medical Center in El Paso, Texas. Upon retirement in 1997, he was awarded the Distinguished Service Medal, the military’s highest peace-time honor. He went on to join FHC Options in Norfolk, Virginia, where he oversaw the building and management of the FHC Options team responsible for winning several multi-billion dollar U.S. government managed care contracts.

From 1999 through December 2002, Dr. James served as Director of the Miami-Dade County Health Department. There he was responsible for the oversight and supervision of public health programs throughout the county. He was charged with the management of a $60 million budget and the supervision of approximately 1000 employees. Under his leadership, the Miami-Dade County Health Department was awarded the Governor’s Sterling Award in 2002, a highly prestigious award recognizing organizational performance excellence. After the tragic events of September 11th, Dr. James led the Miami-Dade County Health Department as it prepared for possible bio-terrorist threats to the community. His swift and effective response to the anthrax attacks of 2001 resulted in his becoming a recognized expert in the area of bio-preparedness and he was appointed to the Governor’s Domestic Security Task Force as well as the Lead Health Agent for Preparedness and Response for Region 7 in Florida, an area accounting for one-third of the population of the state.

Over the past year, Dr. James has been appointed to numerous boards, commissions and committees addressing national policy and operational issues around preparedness and response. He serves as a constant and active participant on several Institute of Medicine forums and roundtables. He is the chair of the National Disaster Life Support Foundation Board of Directors and the co-chair of the National Disaster Life Support Education Consortium executive committee. In December 2007 he was appointed to the very prestigious National Biodefense Science Board (NBSB).